The World Is Bright And Lonely 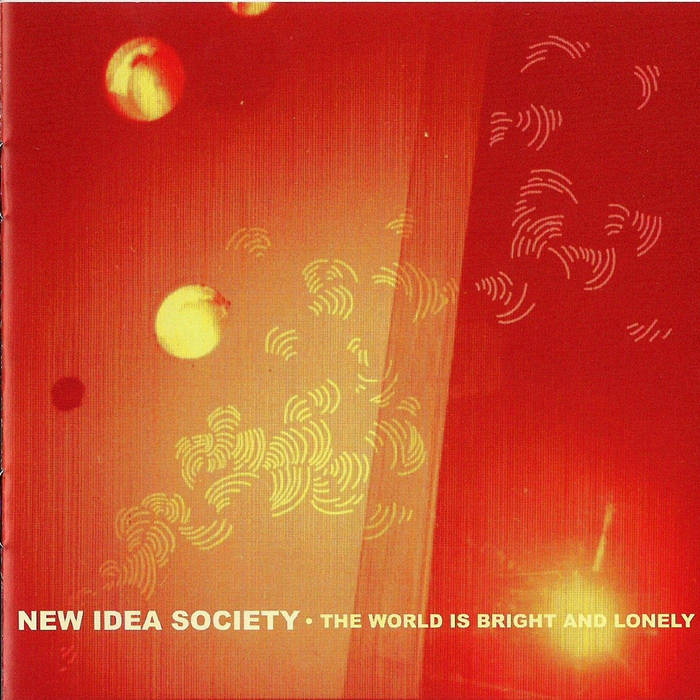 The download contains two bonus tracks originally released as extra songs on the Japanese version of the CD.

Exotic Fever Originally released The World Is Bright and Lonely on CD.
Altin Village released the LP in Europe.
Daymare Records released the CD in Japan.

Recorded in Brooklyn in January of 2006 at Mike Law's Translator Audio Studio in three days and two evenings, totally live in a room, vocals, mistakes and all.
The band, assembled to bring life to demos Mike Law had circulated to Steve and Chris of 57 songs written around 2004 and 2005, the favorites being chosen to be learned and recorded in the same day. Most of the band had never met each other before recording began Friday afternoon and without a single practice dove into and finished songs like "Where Are You Now" and "Dress Shirt" that first day. By Sunday evening Drawbridge Kid wrapped up all the songs that had drums and in three short days the album was nearly complete.
Mike played a solo show Monday night in D.C. and returned to complete the final tracks with Steve like "Let It Be" and "Press Reverse" over the next two evenings. Only "Don't Sleep" was tracked in stages by Mike later that month.
From Mike:
"This album has often been something I thought of somewhat negatively over the years. It seemed too long and rambling, too many songs were demoed so it was hard for the other guys to help edit them down to what the best ones were. We played them all live in the studio with no overdubs and no practice beforehand which felt hit or miss at the time. It also left no room to correct any vocal mistakes or make things better. The tour that followed ended in a van wreck on the German Autobahn that was our drivers fault and left me with five broken bones… but now, when I look at the individual songs I see some of my absolute favorite recorded moments like playing "Let It Be" late one night in the studio with one of my best friends and most unique musicians I've ever seen, Steve Brodsky, and it feeling magical. "Waking Dreams and Rooms" and "Drawbridge Kid" being some of my favorite songs lyrically, the challenge of "Part II:" and how much people loved "Don't Sleep" and "Where Are You Now" when we played them live have all made me feel more fond of The World Is Bright and Lonely. Years later I now view the album much more favorably although I still wish I had cut a few songs out, just to make it easier to absorb… and by the way, the LP came with a bonus CD of extra tracks called Third Floor Songs. This is the album I learned how to edit"

Songs by Mike Law except Single Thread which Mike and Steve wrote together.
Mike Law sang into a SM7, mostly played a 70s Yamaha SA 2000 through a Fender Super Reverb, Steve Brodsky mostly played a 90s Jazzmaster through a Fender Twin, Chris DeAngelis played a Rhodes, Wurlitzer and heroically, a comically tiny casio with a good organ sound. He also played Melodica and arranged the viola parts Ania Gresnik performed on "The Only Sound" and "Let It Be", Mike Ushinksy played a Gretch kit that eventually got washed away in a hurricane and Andrew Schneidire played a blue Fender Jazz bass.
Hope and Songs To Sing was recorded by Mike around 2004 on a cassette 4trk as a demo for EULCID and got released on the Japanese CD for some reason. The Leaves Won't Fall On You was some kind of improv jam thing the band did at the end of night two.
Kurt Ballou played an overdubbed guitar track on Drawbridge Kid.
The cover photo is by Anna Varga and the layout and drawings were by Ameila Bauer.

Bandcamp Daily  your guide to the world of Bandcamp

YUNGMORPHEUS introduces his latest project, plus jams from Michael Sneed and Navy Blue